Health Care Reform: Why Science and Law Do Not Mix

Regional Cost Differences in Medical Care: A Case in Point


"We have long known that some places...offer high-quality care at costs below average."
--Barak Obama, 09-09-2010, Joint Session of Congress
“[O]ne of the biggest signals of inefficiency in American health care is the massive regional variation in cost and health outcomes…yet the higher cost areas and hospitals don’t generate better outcomes than the lower-cost ones. The result is an estimated $700 billion a year spent on health care that does nothing to improve patient health.”
-- Peter Orszag, OMB blog post, 05-28-2009

President Obama has promised he will not sign any health care reform bill that "adds one dime to our deficits" and that his "approach would bring down the deficit by as much as $1 trillion over the next two decades." In addition to employing deceptive budget gimmicks, Obama's health care budget depends on a 30% reduction in Medicare expenditures. Mr. Obama and his budget director, Peter Orszag, believe this can be accomplished through elimination of rampant "waste and abuse" as evidenced by the wide regional variation in Medicare spending.

Orszag’s claims of $700 billion in potential savings originate from a specific analysis, the Dartmouth Atlas of Health Care, the conclusions of which are being challenged, most recently in last month's issues of the New England Journal of Medicine and Medical Care, and others. Critics raise reasonable concerns about the methodology used to conclude that regional differences in health care spending are due to waste and fraud, and that greater expenditures fail to achieve better outcomes. Drs. Jonathan Skinner and Elliot Fisher, principal authors of the original analysis, have publicly responded in defense of their work. This debate is important, not just because it raises serious questions about the potential for savings in proposed reforms, but more importantly, it calls into question justifications for greater government control of health care.

Regardless of who is right and who is wrong on this specific issue, of far greater importance is the inappropriateness of employing scientific research to frame and justify political action. Politicians are increasingly adept at finding and quoting research results which appear to support a particular program or policy, while conveniently ignoring any contradictory evidence or analysis. Through subsequent loud and frequent repetition, a statistic or study result becomes accepted knowledge...even when it isn't so.

Obama and Orszag both refer to scientific studies in an attempt to provide legitimacy to their political agenda. The conclusions of the Dartmouth Health Atlas seem to support allegations that "high spending represents 'waste' and low spending represents 'efficiency'." Yet, even before this month's pair of articles, other investigators (also here and here) have questioned the validity of those conclusions, pointing out erroneous assumptions and faulty methodology. The recent articles strengthen those criticisms.

If Congress succeeds in passing legislation based on results that are false, savings will not materialize, and we will be stuck with an expensive, intrusive bureaucracy scientifically designed to correct a problem which does not exist. All errors will be fossilized in a legal morass. Even the initially correct portions (if any) would remain stuck in a moment of time, unable to shift with changing circumstances or expanded and improved understanding. Leaving the details to regulatory control is not a solution as that merely exchanges the problem of rigidity for the problem of arbitrary and unpredictable rule.

Legislation is rigid, and slow to adapt--a blunt tool which is able to provide restraint, capable of enforcing opinions, but not of uncovering truth. To maintain the Rule of Law and the protection of individual rights, this is precisely what law must be: stable, predictable, thoroughly deliberated, easily understood, and universal.

The political apparatus is not designed to move with the ebb and flow of scientific knowledge, nor should it even attempt to be. Laws of nature are revealed, not legislated. Laws of men, to be objective, are predicated on the unchanging fundamentals of human nature.

We do not need government to enforce scientific findings. Left alone, the truth will emerge. Besides, a superior system already exists which responds flexibly to expansions and refinements in knowledge. This system is fluid, decentralized, relatively quick to react, and consistent with individual rights. This system is the free market-- able to function not just for material goods but also in the realm of ideas. Contrary to the slow, deliberative and ideally universal functioning of government and law, the free market is poised to quickly recognize and apply new information in an almost infinite variety of ways to a multitude of unique situations. With a profusion of simultaneous, privately-funded experiments, entrepreneurs sift through a plethora of alternatives, and then, by competing for the reward of profits earned through voluntary exchange, the most effective, accurate and efficient processes emerge.

Science enhances the ability of free men to make informed decisions regarding how best to achieve their life's goals. Man's flourishing, and very life, depends on the freedom to direct his actions according to his own judgment. When governments employ the fruits of science to usurp private judgment, it turns science against man's lives through the destructive hubris of central planning.

Governments must stick their proper function: the protection of individual rights--and leave the work of science and production to those who do it best: free individuals in peaceful pursuit of their lives.

And any mistakes made, will be on our own dime.
.
Posted by HaynesBE at 6:00 AM 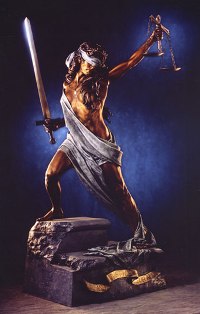